Has ex-Arsenal striker Nicklas Bendtner officially become a Lord in Scotland? (Probably not)

The Danish hitman has had the nickname for some time, but things have been taken to the next level in one PR stunt

After years of the jokey nickname, Nicklas Bendtner is officially a Lord… or so some would have you believe.

Danish magazine SE Og HOR claim to have purchased the striker some land in Scotland, meaning he can legitimately refer to himself as Lord Bendtner.

According to a deed posted online, he is now the proud owner of one square foot of land in Glencoe Wood – part of a nature reserve.

Elisa Lykke, the agent of his Lordship, says he is delighted with the honour.

She said: “We have seen it, and Nicklas thinks it’s a fun gimmick. 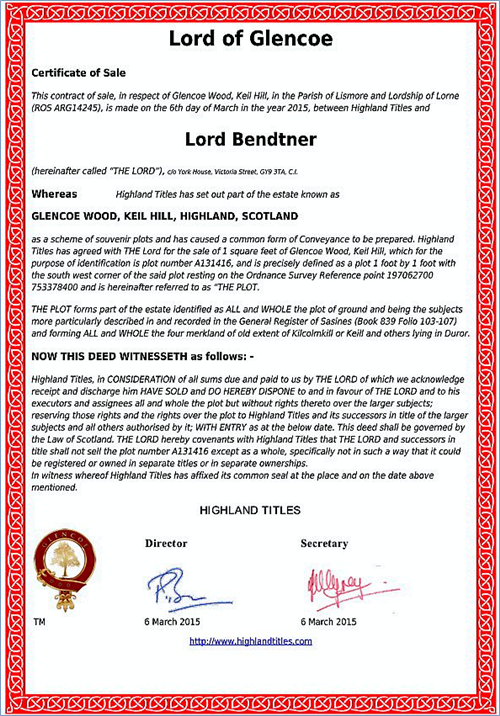 “We have been asked to be sent a receipt and we are pleased that it supports a nature conservation area.”

He might be advised to take his new title with a pinch of salt, however: there is some doubt over whether Highland Titles Limited, who awarded him the honour, have the right to award official titles.

Either way, we hope the stunt will give him the impetus to improve on the field, as the Dane has netted just one Bundesliga goal so far this term for Wolfsburg.